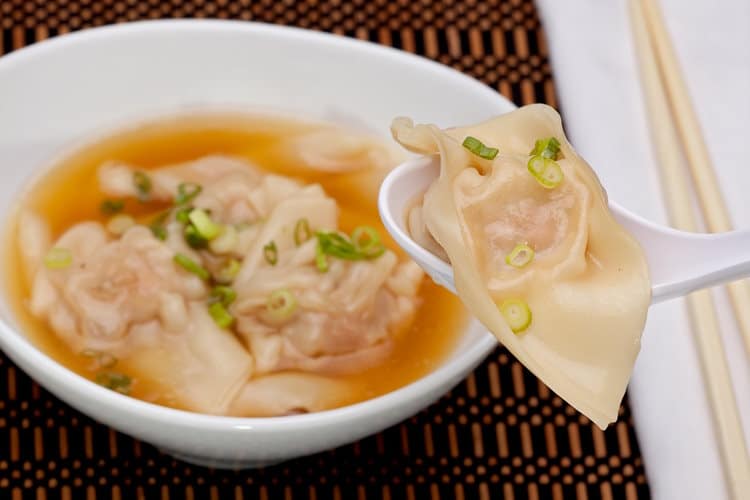 Wonton soup (or won ton soup as some spell it) is that wonderful soup that we love to get in Chinese restaurants.

It is a fairly simple looking soup, with plump freshly made wonton dumplings in a light, flavorful chicken broth.

There are actually several stages to making wonton soup from scratch – making the wonton filling, the wonton skins and the broth. When it is all put together it is simply delicious and I think well worth the effort.

It does take a while to make, so you can skip a step if you don’t have as much time as you’d like. I have given you the recipe and instructions for making the wonton skins, but you can certainly use store bought wrappers.

The store bought wonton skins are probably labelled egg roll wrappers in the store, but it’s the same dough, so you can use it to make these wontons. They will be delicious and save you lots of time. So suit yourself. Make the wonton skins or buy them. Either way you will be making a wonderful Chinese soup.

I love Chinese soup recipes. They are so different than those we make in the west that it’s a real taste sensation. And if you are making an Asian meal, there is not much that’s nicer to start the meal off than a piping hot bowl of won ton soup.

Most people love wonton soup because it’s super flavorful but not spicy. This recipe calls for a red Thai chili, but it’s optional. The soup will taste just as good without it, just not spicy.

Not everyone likes or can handle spicy food, so it’s nice to have this soup recipe that gives you the option. I am not a hot food person myself, so I leave it out completely.

Start out by making the soup broth. You can work on the wonton skins and filling while the broth cooks. You can also make the broth ahead, earlier in the day or even the day before. So if you don’t have lots of time, the recipe can be broken into sections.

As I said above, the wonton wrappers are the same as egg roll wrappers, so if you want to make egg rolls from scratch, just use this recipe for the wrappers. Just cut them larger. Our full egg roll recipe is here.

Uncooked wontons can also be frozen until you need them. Lay them on a flat surface until they are frozen, then you can put them in a plastic freezer bag to store in the freezer. Cook the wontons straight from the freezer, in the broth.

I show you how to make everyone's favorite Chinese soup recipe, wonton soup, from start to finish. You can make the broth, filling and wonton wrappers from scratch. Make them in stages if you don't have a lot of time.
Print Recipe Pin Recipe Add to My Recipes Go to Collections
Prep Time 40 mins
Cook Time 2 hrs 10 mins
Total Time 2 hrs 50 mins
Course Main or Side
Cuisine Asian
Servings 8
Calories 235 kcal

For the Soup Broth:

For the Wonton Wrappers:

For the Wonton Filling:

To Make the Wontons:

To Make the Wonton Filling:

The Thai red chili is optional. If you like it spicy use it all. If you don't, you can just cook it whole in the broth, then take it out before serving the soup, OR leave it out altogether.

Add 2 cups of chopped bok choy to the soup when you are cooking the wontons.

If you love this wonton soup recipe, try another great Chinese soup recipe – hot and sour soup. It’s one of my favorites.

You can browse all of our Asian and Asian inspired recipes here.

Be the first to know about new recipes and articles on Cookingnook.com. Sign up here for site updates and never miss a great recipe. 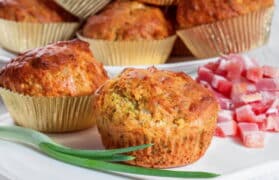 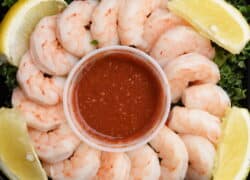 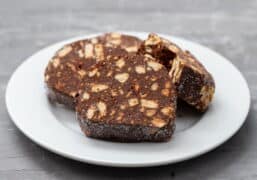